Abstract—Autodesk alias design, the most powerful software for industrial designer. In Indonesia, many Indonesian industrial and know about this 3D software. Many of them only know the 3DMAX software, which mean this software used for architecture and interior designer. Furthermore, 3DMAX is the animation software,not for the concept design. Autodesk alias design has the strong basic form for the making model from designer’s wild idea.

Industrial design is the design required by the industry in desperate need of a pattern of ideas to improve the quality of the products it makes. The designers who work in industries in Indonesia, have made many new ideas to the needs of the community. Design history from the 1970s, they made only a design concept of a pencil. At that time, all made by designers is to use a manual system. The meaning of the manual here is to use a pencil, pen, ruler, and eraser mall. As technology goes, the longer a need for designers realized. Marker, softpastel, tape drawing until the computer is used by industrial designers around the world.

But why in Indonesia is only known by using 3D software max? because 3D max is a 3D software to create animated model. At that time, all the Indonesian people interested to try the 3D max. since then, its spreaded for human resources for 3D max.

3D max training were created and 3D projects using 3D max. this makes the creative industry players only know the 3D software in Indonesia are only using 3D max.

3D max is a 3D software for interior designers and architecture. Also described in Autodesk, 3D max is software to display the products created by the designer by using animation. So, the point here is not to create “design concept” but to create a snapshot of “animation” which will be disclosed to the client. That is why in Indonesia, many industrial companies do not understand the difference in 3D max software with real industrial software called as an alias studiotools.

Autodesk is an  American multinational corporation that focuses on  2D and  3D design  software for use in architecture, engineering and building construction, manufacturing, and media and entertainment. Autodesk was founded in  1982 by  John Walker, a coauthor of early versions of the company’s flagship  CAD software product  AutoCAD, and twelve others. It is headquartered in  San Rafael, California.

picture 1. The logo of Autodesk

Autodesk AliasStudio (formerly known as  Alias StudioTools) is a family of  computer-aided industrial  design products starting with DesignStudio as the entry-level conceptual design system, progressing to Studio, and then to AutoStudio as the top-of-the-line product with all of the options.

Tools for sketching, modeling and visualization are combined in one  software package. It meets the specialized needs of designers: sketching, freedom to experiment with shape and form, creating organic shapes, visualization for design review, and data exchange with  CAD packages.

As the product is sold specifically as  CAID rather than CAD, its tools and abilities are oriented more towards the “styling” aspect of design – that is to say, the product’s housing and outer appearance. It does not go into mechanical detail to anywhere near the extent that CAD programs such as  Inventor,  Pro/ENGINEER and  SolidWorks do, but has a much more powerful set of tools for the creation of precisely sculpted curves and surfaces.

After  Alias was acquired by  Autodesk, StudioTools changed its name to Autodesk AliasStudio. 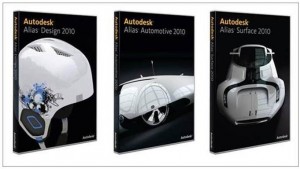 Picture 3. AliasStudio at version 2010 has separate to 3 bundle

Industrial design is a combination of  applied art and  applied science, whereby the  aesthetics, ergonomics and  usability of  products may be improved for marketability and  production. The role of an industrial designer is to create and execute design solutions towards problems of form, usability,  physical ergonomics, marketing, brand development and sales.

The term “industrial design” is often attributed to the designer  Joseph Claude Sinel in 1919 (although he himself denied it in later interviews) but the discipline predates that by at least a decade. Its origins lay in the industrialization of consumer products. For instance the  Deutscher Werkbund, founded in 1907 and a precursor to the  Bauhaus, was a state-sponsored effort to integrate traditional crafts and industrial mass-production techniques, to put Germany on a competitive footing with England and the United States.

“Industrial Design (ID) is the professional service of creating and developing concepts and specifications that optimize the function, value and appearance of products and systems for the mutual benefit of both user and manufacturer”.

Design, itself, is often difficult to define to non-designers because the meaning accepted by the design community is not one made of words. Instead, the definition is created as a result of acquiring a critical framework for the analysis and creation of artifacts. One of the many accepted (but intentionally unspecific) definitions of design originates from  Carnegie Mellon’s School of Design, “Design is the process of taking something from its existing state and moving it to a preferred state.” This applies to new artifacts, whose existing state is undefined, and previously created artifacts, whose state stands to be improved.

According to the  Chartered Society of Designers, design is a force that delivers innovation that in turn has exploited creativity.Their design framework known as the Design Genetic Matrix determines a set of competences in 4 key genes that are identified to define the make up of designers and communicate to a wide audience what they do. Within these genes the designer demonstrates the core competences of a designer and specific competences determine the designer as an ‘industrial designer’. This is normally within the context of delivering innovation in the form of a three dimensional product that is produced in quantity. However the definition also extends to products that have been produced using an industrial process.

According to the ICSID  (International Council of  Societies of Industrial Design), “Design is a creative activity whose aim is to establish the multi-faceted qualities of objects, processes, services and their systems in whole life-cycles. Therefore, design is the central factor of innovative humanization of technologies and the crucial factor of cultural and economic exchange.

It is critical to the product development process that the industrial design and engineering aspects of a product are considered simultaneously. This can occur via two methods. The most streamlined method is for the product designer to have an education and/or background that encompasses both industrial design and engineering. Unfortunately, there are very few educational establishments (especially in the United States) that embrace this educational ideology. A survey of engineering and industrial design curricula clearly demonstrates this fault. The other method, which is utilized by most U.S. companies, is to employ or contract with separate teams that focus somewhat independently, with occasional meetings to ensure the primary goals of each team are met or exceeded. The difficulty with the latter process is that there is sometimes a vast disconnect behind the skills, education, and understanding of the two groups. This disconnect can sometimes become extremely cumbersome to the design process, and possibly fatal to the ultimate success of the product.

In  3D computer graphics, 3D modeling (also known as meshing) is the process of developing a  mathematical representation of any  three-dimensional surface of object (either inanimate or living) via  specialized software. The product is called a 3D model. It can be displayed as a two-dimensional image through a process called  3D rendering or used in a  computer simulation of physical phenomena. The model can also be physically created using  3D  Printing devices.

Models may be created automatically or manually. The manual modeling process of preparing geometric data for 3D computer graphics is similar to  plastic  arts such as  sculpting.

3D models represent a 3D object using a collection of points in 3D space, connected by various geometric entities such as triangles, lines, curved surfaces, etc. Being a collection of data  (points and other information), 3D models can be created by hand,  algorithmically (procedural modeling), or scanned.

3D models are widely used anywhere in  3D  graphics. Actually, their use predates the widespread use of 3D graphics on  personal computers. Many  computer games used pre-rendered images of 3D models as  sprites before computers could render them in real-time.

There are five popular ways to represent a model:

The modeling stage consists of shaping individual objects that are later used in the scene. There are a number of modeling techniques, including:

Modeling can be performed by means of a dedicated program (e.g., form•Z ,Maya, 3DS Max,  Blender, Lightwave, Modo, solidThinking) or an application component (Shaper, Lofter in 3DS Max) or some scene description language (as in  POV-Ray). In some cases, there is no strict distinction between these phases; in such cases modeling is just part of the scene creation process (this is the case, for example, with Caligari  trueSpace and  Realsoft 3D).

Complex materials such as blowing sand, clouds, and liquid sprays are modeled with  particle systems, and are a mass of 3D  coordinates which have either  points, polygons, texture splats, or  sprites assigned to them.  Sculpt

To recognize the industry-based 3D software, we recommend all students taking courses in industrial design or product design must be mastered autodesk aliasstudio rather than 3D max. thus, all graduates can disseminate this knowledge by teaching, training and give the information about this 3D software to the public.